Rules and Guidelines for Vietnamese Braille 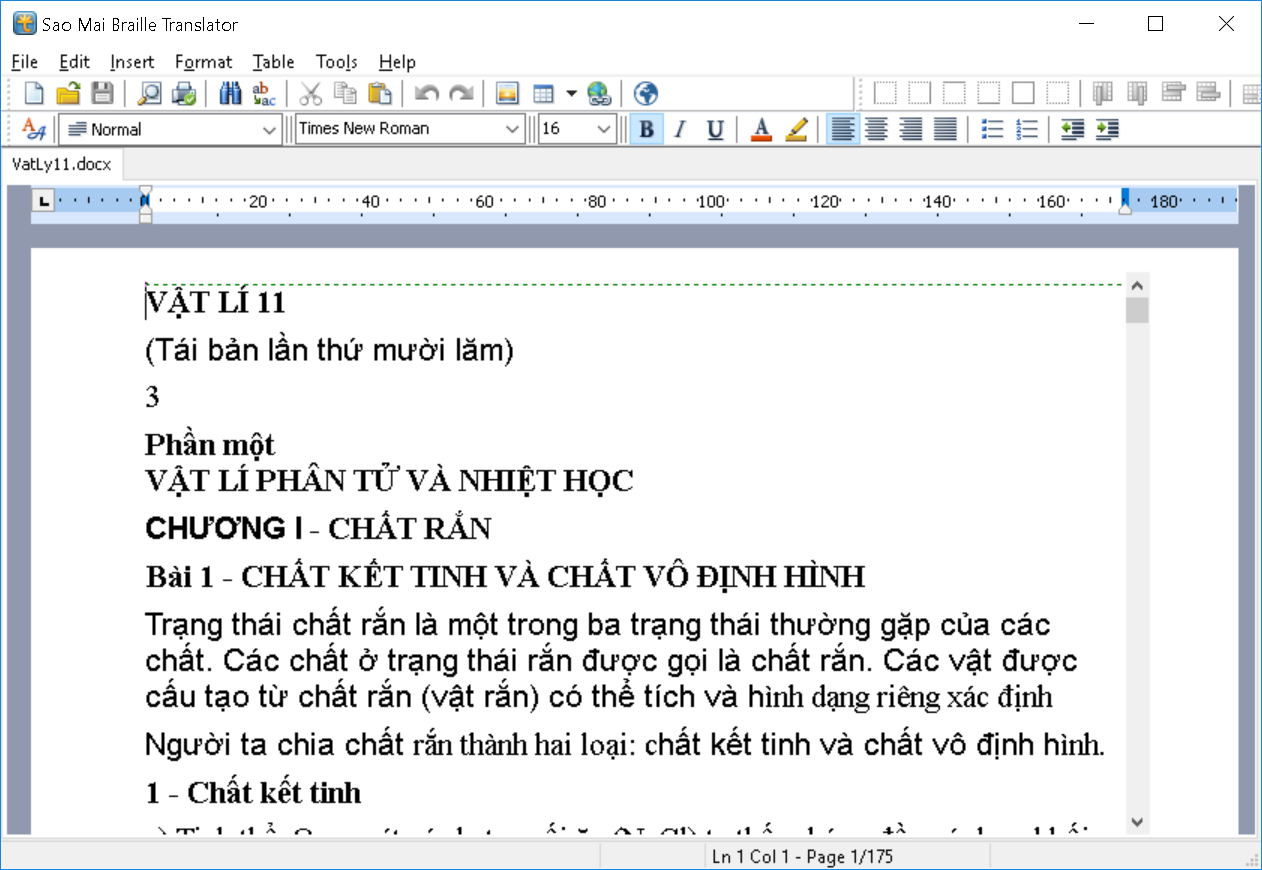 To help interested people have a more convenient source of reference, Sao Mai team would like to share this series, introducing tables of codes and rules for Vietnamese Braille. We welcome all feedback and suggestions via our email at support@saomaicenter.org.

Braille is a tactile writing system using 6 dots in each rectangular block, including dots 1, 2, 3 from top to bottom in the left column and dots 4, 5, 6 in the right column. So, with a block, we can present 64 characters (including the "space"). As in daily printed documents, there are thousands of different characters, people need some sets of codes and their writing rules to convert a particular text into Braile.

Nowadays, many English-speaking countries already have a common Braille code standard called UEB (Unified English Braille). In Vietnam, however, much effort has been made to create a "unified Vietnamese Braille" but with all those improvements, people just can use Braille in simple documents. For more complicated characters used in technical documents or music sheets, there are still a lot of controversies. In this article, we would like to introduce a set of Braille code tables that is currently used widely in Vietnam. At the beginning of each table, together with the rules, we present related information about the characters listed.

Please note, in order to read the "Shown in display" column properly, you need to have a Braille font installed on your computer. If you haven't had one, you can download Simbraille at SIMBRL.ttf.

Use formatting marks as in the following examples: