For Every Music Lover 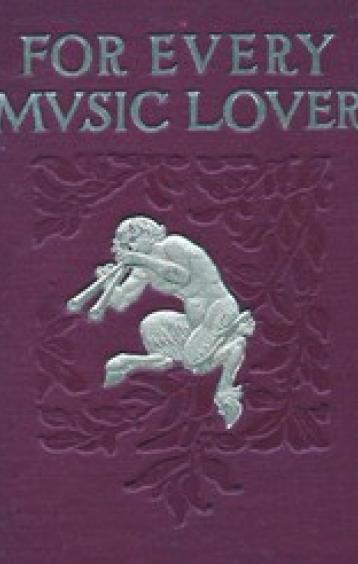 For Every Music Lover

How we can approach knowledge of music. Mistaken isolation of the art. Those who belong to the privileged class. Music, as well as religion, meant for all. Business of its ministers and teachers. Promise of the twentieth century. Fruitage of our own free soil. American world-view. Purpose of volume.

The Origin and Function of Music

The Musical Education That Educates

How to Interpret Music

How to Listen to Music

The Piano and Piano Players

The Poetry and Leadership of Chopin

Rubinstein on Polish patriot and tone-poet who explored harmonic vastness of pianoforte. Like exquisitely constructed sounding-board. Enriched and spiritualized the pianoforte for all time. Universal rather than individual experiences. National tonality. Zwyny and Elsner. Intimate acquaintance with Bach. Prince Charming of the piano. Liszt on Chopin. Raphael of music. Playing and teaching. Tempo rubato. Compositions. Schumann's words. Oscar Bie.

Violins and Violinists—Fact and Fable

The Opera and Its Reformers

THE ANT AND THE PIGEON - KIẾN VÀ CHIM BỒ CÂU