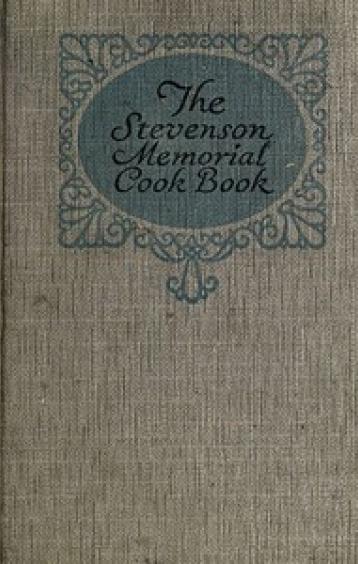 During the year 1893 on the streets of Chicago were hundreds of women who had been thrown out of employment. The genuine helplessness and hopelessness of these women appealed strongly to the generous heart of a wonderful woman, Dr. Sarah Hackett Stevenson, one time president of the Chicago Woman's Club. She went before this club and stated that there was no place in this great city where a woman without funds could find shelter—a woman who would work if given an opportunity. She demanded in the name of humanity that this, her club, do something at once to relieve the situation.

Her plea had its effect, and money was subscribed for beginning work. Other clubs responded to the call for help and contributed both furnishings and funds. And what was called the Woman's Model Lodging House was opened to the public.

No questions were asked of those who came for shelter—the past was not the thing to be dealt with—only the present and future. A charge of 15 cents a night was made, and if they were without money work was given them and they were paid for it—they, in turn, paying for their lodging. It was the principle of the organization that the actual handling of this money helped to preserve self-respect and that they might not feel themselves objects of charity. This principle has held through the years and no woman or child is turned from the door as long as there is a place to rest.

Hon. William B. McKinley of Champaign, Ill., gave as a memorial to Dr. Stevenson the present home at 2412 Prairie avenue, which will accommodate sixty women and about fifty children. The organization has become one of the strongest in the city—a delegated body of eighty-two members who represent women's organizations of Cook County. For the last few years the work has grown and broadened, until almost every trouble and sorrow that can come to women and children is brought to this door.

The woman who is on the downward path of years, when it is so hard to find employment, her little money gone, often weakened both mentally and physically from lack of nourishment and worry—she might be any one's mother—if not able to work for her lodging, is supplied from the loan fund. Often she can return the small amount and she does not feel that she has received charity, but that the hand of a friend has grasped hers, and her faith in humanity is restored. The young girl who is alone and without money is safe from the cheap rooming houses of the city. The mother with her little family, who has been left, by desertion or death, without the father's protection comes to this home and remains until she can gather up the thread of existence once more. Often she is saved from placing her children in institutions or giving them for adoption. An average of 105 women and children are cared for in the Lodging House each day.

As time brought the need of better facilities for the care of the children, the generous friend of the Institution, Wm. B. McKinley, gave the building at 2408 Prairie avenue for Nursery purposes. Here the children are cared for during the day, while the mother is seeking employment, or otherwise adjusting her affairs.

A limited number of neighborhood children are also cared for. A trained nurse and kindergartner are employed. Twenty-four hour feedings for bottle babies are furnished so that the little ones diet may not be disturbed. In this department 60 children are given daily care. The mother has charge of her family at night. Every effort is made by this organization to keep the mother and her children together. We believe that separation should be only after every other method has failed.

A visit to the Stevenson Memorial will interest you and you are most welcome at all times.