Kitty's Class Day And Other Stories 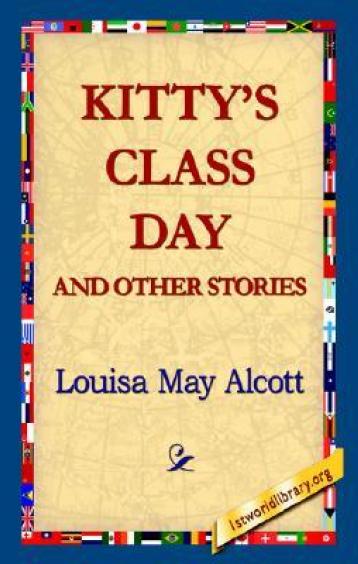 Kitty's Class Day And Other Stories

KITTY'S CLASS DAY AND OTHER STORIES

Originally published under the title

[Illustration: Deeper in the wood sounded the measured ring of axes]

Being forbidden to write anything at present I have collected various waifs and strays to appease the young people who clamor for more, forgetting that mortal brains need rest.

As many girls have asked to see what sort of tales Jo March wrote at the beginning of her career, I have added "The Baron's Gloves," as a sample of the romantic rubbish which paid so well once upon a time. If it shows them what not to write it will not have been rescued from oblivion in vain.

"A stitch in time saves nine."

As Kitty burst into the room and performed a rapturous pas seul, waving the cards over her head, sister Priscilla looked up from her work with a smile of satisfaction on her quiet face.

"Who invites you, dear?"

"Why, Jack, of course,—dear old cousin Jack. Nobody else ever thinks of me, or cares whether I have a bit of pleasure now and then. Isn't he kind? Mayn't I go? and, O Pris, what shall I wear?"

Kitty paused suddenly, as if the last all-important question had a solemnizing effect upon both mind and body.

"Why, your white muslin, silk sacque, and new hat, of course," began
Pris with an air of surprise. But Kitty broke in impetuously,—

"I'll never wear that old muslin again; it's full of darns, up to my knees, and all out of fashion. So is my sacque; and as for my hat, though it does well enough here, it would be absurd for Class Day."

"You don't expect an entirely new suit for this occasion,—do you?" asked Pris, anxiously.

"Yes, I do, and I'll tell you how I mean to get it. I've planned everything; for, though I hardly dreamed of going, I amused myself by thinking how I could manage if I did get invited."

"Let us hear." And Pris took up her work with an air of resignation.

"First, my dress," began Kitty, perching herself on the arm of the sofa, and entering into the subject with enthusiasm. "I've got the ten dollars grandpa sent me, and with eight of it I'm going to buy Lizzie King's organdie muslin. She got it in Paris; but her aunt providentially—no, unfortunately—died; so she can't wear it, and wants to get rid of it. She is bigger than I am, you know; so there is enough for a little mantle or sacque, for it isn't made up. The skirt is cut off and gored, with a splendid train—"

"My dear, you don't mean you are going to wear one of those absurd, new-fashioned dresses?" exclaimed Pris, lifting hands and eyes.

"I do! Nothing would induce me to go to Class Day without a train.
It's been the desire of my heart to have one, and now I will, if
I never have another gown to my back!" returned Kitty, with immense
decision.

Pris shook her head, and said, "Go on!" as if prepared for any extravagance after that.

"We can make it ourselves," continued Kitty, "and trim it with the same. It's white with blue stripes and daisies in the stripes; the loveliest thing you ever saw, and can't be got here. So simple, yet distingué, I know you'll like it. Next, my bonnet,"—here the solemnity of Kitty's face and manner was charming to behold. "I shall make it out of one of my new illusion undersleeves. I've never worn them; and the puffed part will be a plenty for a little fly-away bonnet of the latest style. I've got blue ribbons to tie it with, and have only to look up some daisies for the inside. With my extra two dollars I shall buy my gloves, and pay my fares,—and there I am, all complete."

She looked so happy, so pretty, and full of girlish satisfaction, that sister Pris couldn't bear to disturb the little plan, much as she disapproved of it. They were poor, and every penny had to be counted. There were plenty of neighbors to gossip and criticise, and plenty of friends to make disagreeable remarks on any unusual extravagance. Pris saw things with the prudent eyes of thirty, but Kitty with the romantic eyes of seventeen; and the elder sister, in the kindness of her heart, had no wish to sadden life to those bright young eyes, or deny the child a harmless pleasure. She sewed thoughtfully for a minute, then looked up, saying, with the smile that always assured Kitty the day was won,—

"Get your things together, and we will see what can be done. But remember, dear, that it is both bad taste and bad economy for poor people to try to ape the rich."

"You're a perfect angel, Pris; so don't moralize. I'll run and get the dress, and we'll begin at once, for there is much to do, and only two days to do it in." And Kitty skipped away, singing "Lauriger Horatius," at the top of her voice.

Priscilla soon found that the girl's head was completely turned by the advice and example of certain fashionable young neighbors. It was in vain for Pris to remonstrate and warn.

"Just this once let me do as others do, and thoroughly enjoy myself." pleaded Kitty; and Pris yielded, saying to herself, "She shall have her wish, and if she learns a lesson, neither time nor money will be lost."

So they snipped and sewed, and planned and pieced, going through all the alternations of despair and triumph, worry and satisfaction, which women undergo when a new suit is under way. Company kept coming, for news of Kitty's expedition had flown abroad, and her young friends must just run in to hear about it, and ask what she was going to wear; while Kitty was so glad and proud to tell, and show, and enjoy her little triumph that many half hours were wasted, and the second day found much still to do.

The lovely muslin didn't hold out, and Kitty sacrificed the waist to the train, for a train she must have or the whole thing would be an utter failure. A little sacque was eked out, however, and when the frills were on, it was "ravishing," as Kitty said, with a sigh of mingled delight and fatigue. The gored skirt was a fearful job, as any one who has ever plunged into the mysteries will testify; and before the facing, even experienced Pris quailed.

The bonnet also was a trial, for when the lace was on, it was discovered that the ribbons didn't match the dress. Here was a catastrophe! Kitty frantically rummaged the house, the shops, the stores of her friends, and rummaged in vain. There was no time to send to the city, and despair was about to fall on Kitty, when Pris rescued her by quietly making one of the small sacrifices which were easy to her because her life was spent for others. Some one suggested a strip of blue illusion,—and that could be got; but, alas! Kitty had no money, for the gloves were already bought. Pris heard the lamentations, and giving up fresh ribbons for herself, pulled her sister out of a slough of despond with two yards of "heavenly tulle."

"Now the daisies; and oh, dear me, not one can I find in this poverty-stricken town," sighed Kitty, prinking at the glass, and fervently hoping that nothing would happen to her complexion over night.

"I see plenty just like those on your dress," answered Pris, nodding toward the meadow full of young whiteweed.

"Pris, you're a treasure! I'll wear real ones; they keep well, I know, and are so common I can refresh my bonnet anywhere. It's a splendid idea."

Away rushed Kitty to return with an apron full of American daisies. A pretty cluster was soon fastened just over the left-hand frizzle of bright hair, and the little bonnet was complete.

"Now, Pris, tell me how I look," cried Kitty, as she swept into the room late that afternoon in full gala costume.

It would have been impossible for the primmest, the sourest, or the most sensible creature in the world to say that it wasn't a pretty sight. The long train, the big chignon, the apology for a bonnet, were all ridiculous,—no one could deny that,—but youth, beauty, and a happy heart made even those absurdities charming. The erect young figure gave an air to the crisp folds of the delicate dress; the bright eyes and fresh cheeks under the lace rosette made one forget its size; and the rippling brown hair won admiration in spite of the ugly bunch which disfigured the girl's head. The little jacket set "divinely," the new gloves were as immaculate as white kids could be, and to crown all, Lizzie King, in a burst of generosity, lent Kitty the blue and white Paris sunshade which she couldn't use herself.

"Now I could die content; I'm perfect in all respects, and I know Jack won't be ashamed of me. I really owe it to him to look my best, you know, and that's why I'm so particular," said Kitty, in an apologetic tone, as she began to lay away her finery.

"I hope you will enjoy every minute of the time, deary. Don't forget to finish running up the facing; I've basted it carefully, and would do it if my head didn't ache so, I really can't hold it up any longer," answered Pris, who had worked like a disinterested bee, while Kitty had flown about like a distracted butterfly.

"Go and lie down, you dear, kind soul, and don't think of my nonsense again," said Kitty, feeling remorseful, till Pris was comfortably asleep, when she went to her room and revelled in her finery till bedtime. So absorbed was she in learning to manage her train gracefully, that she forgot the facing till very late. Then, being worn out with work and worry, she did, what girls are too apt to do, stuck a pin here and there, and, trusting to Priscilla's careful bastings, left it as it was, retiring to dream of a certain Horace Fletcher, whose aristocratic elegance had made a deep impression upon her during the few evenings she had seen him.

Nothing could have been lovelier than the morning, and few hearts happier than Kitty's, as she arrayed herself with the utmost care, and waited in solemn state for the carriage; for muslin trains and dewy roads were incompatible, and one luxury brought another.

"My goodness, where did she get that stylish suit?" whispered Miss Smith to Miss Jones, as Kitty floated into the station with all sail set, finding it impossible to resist the temptation to astonish certain young ladies who had snubbed her in times past, which snubs had rankled, and were now avenged.

"I looked everywhere for a muslin for to-day and couldn't find any I liked, so I was forced to wear my mauve silk," observed Miss Smith, complacently settling the silvery folds of her dress.

"It's very pretty, but one ruins a silk at Class Day, you know. I thought this organdie would be more comfortable and appropriate this warm day. A friend brought it from Paris, and it's like one the Princess of Wales wore at the great flower-show this year," returned Kitty, with the air of a young lady who had all her dresses from Paris, and was intimately acquainted with the royal family.

"Those girls" were entirely extinguished by this stroke, and hadn't
a word to say for themselves, while Kitty casually mentioned Horace
Fletcher, Lyceum Hall, and Cousin Jack, for they had only a little
Freshman brother to boast of, and were not going to Lyceum Hall. 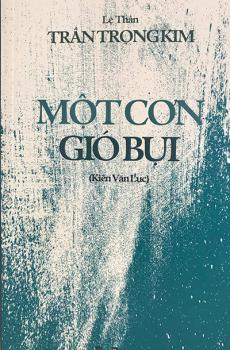 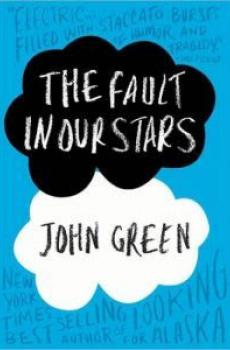