The following lectures are an attempt to show, by means of examples, the nature, capacity, and limitations of the logical-analytic method in philosophy. This method, of which the first complete example is to be found in the writings of Frege, has gradually, in the course of actual research, increasingly forced itself upon me as something perfectly definite, capable of embodiment in maxims, and adequate, in all branches of philosophy, to yield whatever objective scientific knowledge it is possible to obtain. Most of the methods hitherto practised have professed to lead to more ambitious results than any that logical analysis can claim to reach, but unfortunately these results have always been such as many competent philosophers considered inadmissible. Regarded merely as hypotheses and as aids to imagination, the great systems of the past serve a very useful purpose, and are abundantly worthy of study. But something different is required if philosophy is to become a science, and to aim at results independent of the tastes and temperament of the philosopher who advocates them. In what follows, I have endeavoured to show, however imperfectly, the way by which I believe that this desideratum is to be found.

The central problem by which I have sought to illustrate method is the problem of the relation between the crude data of sense and the space, time, and matter of mathematical physics. I have been made aware of the importance of this problem by my friend and collaborator Dr Whitehead, to whom are due almost all the differences between the views advocated here and those suggested in The Problems of Philosophy. I owe to him the definition of points, the suggestion for the treatment of instants and “things,” and the whole conception of the world of physics as a construction rather than an inference. What is said on these topics here is, in fact, a rough preliminary account of the more precise results which he is giving in the fourth volume of our Principia Mathematica. It will be seen that if his way of dealing with these topics is capable of being successfully carried through, a wholly new light is thrown on the time-honoured controversies of realists and idealists, and a method is obtained of solving all that is soluble in their problem.

The speculations of the past as to the reality or unreality of the world of physics were baffled, at the outset, by the absence of any satisfactory theory of the mathematical infinite. This difficulty has been removed by the work of Georg Cantor. But the positive and detailed solution of the problem by means of mathematical constructions based upon sensible objects as data has only been rendered possible by the growth of mathematical logic, without which it is practically impossible to manipulate ideas of the requisite abstractness and complexity. This aspect, which is somewhat obscured in a merely popular outline such as is contained in the following lectures, will become plain as soon as Dr Whitehead's work is published. In pure logic, which, however, will be very briefly discussed in these lectures, I have had the benefit of vitally important discoveries, not yet published, by my friend Mr Ludwig Wittgenstein.

Since my purpose was to illustrate method, I have included much that is tentative and incomplete, for it is not by the study of finished structures alone that the manner of construction can be learnt. Except in regard to such matters as Cantor's theory of infinity, no finality is claimed for the theories suggested; but I believe that where they are found to require modification, this will be discovered by substantially the same method as that which at present makes them appear probable, and it is on this ground that I ask the reader to be tolerant of their incompleteness. 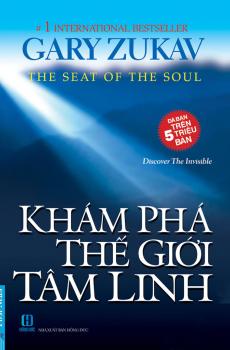